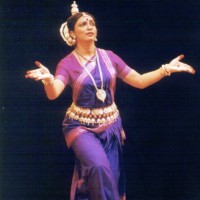 Kalidas, universally acclaimed as the greatest Sanskrit poet, epitomises in his literary works what is best, most enchanting and enlivening in Indian culture. He is the most glittering star in the firmament of India poetry. He became the most gifted literary artist of the Sanskrit language by divine grace. He is believed to have flourished in the fourth century A.D. The details about his personal life are bound to be guesswork at best, in the absence of any firm historical data.Kalidas, a versatile genius, is credited to have written two ornate epics Raghuvamsha and Kumarasambhava, three dramas Malavikagnimitra, Vikramorvashiya and Abhijnanashakuntala along with Meghaduta and Rutusambhara, the lyric poem.All his works are imbued with deep humanism, universalism and spiritual enlightenment.

Kalidas Nayikas is a presentation of visual poetry in Odissi by Debi Basu, Daksha Mashruwala and Anandi.