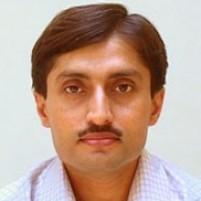 Yousuf Saeed is a documentary filmmaker and multimedia entrepreneur, interested in music and arts of India, especially the syncretric cultural traditions. Starting his career in 1990 with a TV series on science called Turning Point on Doordarshan, he has produced many documentary films on subjects ranging from Amir Khusrau and Ghalib to Ladakh and India’s senior scientist Yashpal – much of his work having been screened at national and international film festivals as well as educational institutions. His ever-evolving Amir Khusrau website dedicated to peace and cultural exchange in south Asia continues to attract hundreds of visitors everyday. He has recently concluded a research and documentation project related to classical music traditions in Pakistan, culminating in the film Khayal Darpan. He is also working on the popular devotional art of the Indian Muslims For further details, see www.alif-india.com