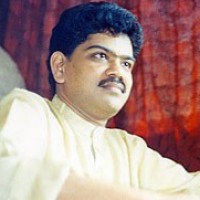 Vishwanath Shirodkar had his early training in tabla under Suryakant Naik. Thereafter, he learnt from noted tabla players Vibhav Nageshkar and Suresh Talwalkar. An 'A' grade performer on All India Radio, Vishwanath has also won a number of prizes for his solo presentations. After completing his graduation in Engineering, Vishwanath has been involved in performing with vocalists and instrumentalists on concert tours in India and abroad. Vishwanath Shirodkar is currently being guided by well known tabla and sitar player Nayan Ghosh.