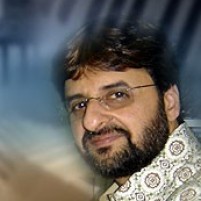 A keyboardist and composer with an experience spanning two decades, Sanjay Wandrekar began his study of music with the accordion. He studied piano and completed the FTCL course conducted by the Trinity College of Music, London. Sanjay has also imbibed knowledge about Indian art music. Sanjay Wandrekar's keen interest in Jazz motivated him to participate in performances featuring this genre. He also had the privilege of performing with leading musicians from India and abroad at several music festivals. Sanjay Wandrekar has composed for several feature films, tele Films, advertisement jingles, television serials, music albums of various genres, documentaries, and corporate films. He has also worked as a sessions musician in many of these projects.

A bridge so near