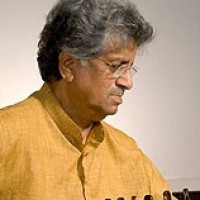 Rajeev Taranath is one of India's leading exponents of the sarod. Today one of the top ranking performers of the Maihar gharana, his concerts have received stellar reviews in the Indian and international press. He is the recipient of several prestigious awards, among them the Sangeet Natak Academy award in 1999 and the Chowdiah Award in 1998. From 1995 to 2005 he was on the faculty of the World Music Department at the California Institute of the Arts. Concert engagements have included performances for major Indian music conferences, universities, chamber and world music series and Indian cultural organizations throughout the world.