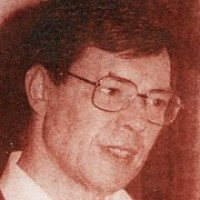 Born in 1930, Prof. Dr. Josef Kuckertz received practical training in music at the Rhineland Music Academy, Cologne. Thereafter, he obtained his degree in Musicology, German Studies, and History of the Ancient World, from the University of Cologne. Following his doctorate in 1962, he became Assistant at the Insititute of Musiclogly, University of Cologne. In 1967, Josef Kuckertz presented his post-doctroal theiss on 'Form and Melody Formation in Carnatic Music'. Since 1972, he was Professor of Musicology at the University of Cologne. His academic research concentrated on non-Wesern music and European folk music. Fom 1968, Prof. Kuckertz conducted several field trips to India, Iran and S.E. Asia. In 1980, he was appointed Professor of Comparative Musicology at the Free University of Berlin. The writings of Prof. Kuckertz include numerous publications on Asian music as well as on general topics in the field of Comparativave Musicology/Ethnomusicology. Prof. Kucketrz died in berlin in March 1996.

This book is dedicated to t ...