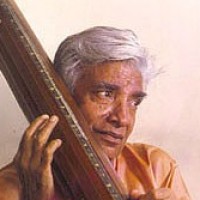 Pandit Amarnath was born in 1924 in the village of Jhang, near Lahore, Pakistan. It was in Lahore that he received his initial training in Hindustani music from B.N. Datta. He later moved to Delhi, where in 1948 he became a disciple of Amir Khan of the Indore gharana. Pandit Amarnath is revered as a performer, scholar and composer. He created many khayal compositions, as well as several raags such as Amarkali, Gunranjani, Audav Asavari, Maru Basant, Kafi Malhar, and Shyam Bhoop. Books authored by him include "Living Idioms in Hindustani Music", a collection of Hindi poems titled "Hansa Ke Bain", and "Conversations".